The first edition of Sofia Pride Sports included 6 sports events and kicked-off with a same-sex couples bachata dance lesson on May13 at the Easy Club, led by dance instructors Stani and Yoanna. The event allowed the participants to immerse themselves in the rhythm of the hot dance by dancing with a partner of the same sex.

The biggest event from the Sofia Pride Sports program was the Equality Run, a 3km run in pairs, aimed at showing solidarity with people living with HIV. The run took place on May 19th at 11 am in Zaimov Park on the eve of the World Day of Candles for Solidarity with people living with HIV. During the event CheckPoint Sofia conducted anonymous and free HIV testing and GLAS Foundation distributed information about safe sex and free condoms.Everyone could get counseling on the spot on the topic by volunteers of the organizations. 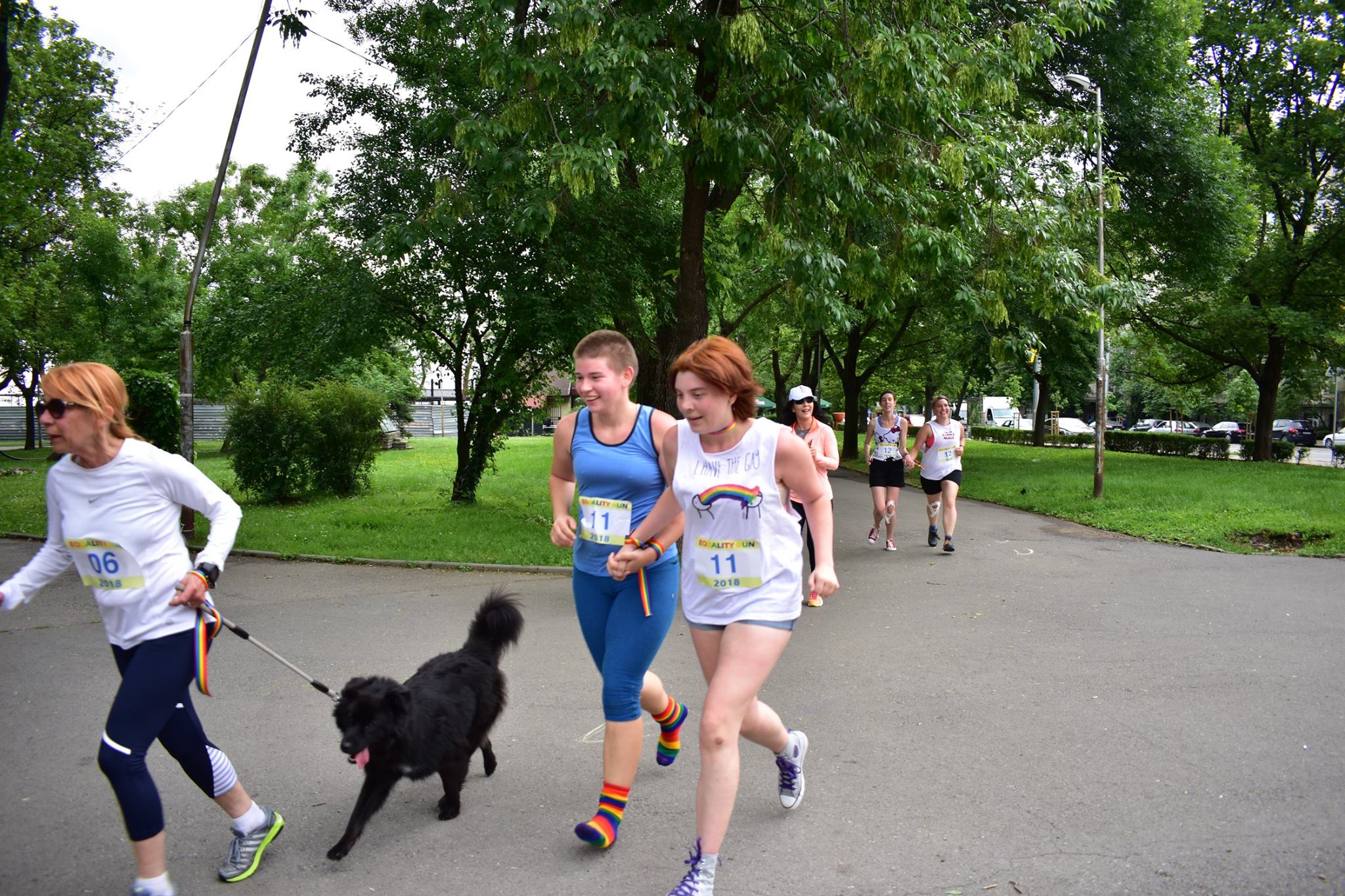 Also on May 19th from 3pm was held a self-defense workshop based on chinese martial arts Wing Chun, which main purpose is to overcome a physically stronger attacker/s in close range. The workshop was led by certified Wing Chun instructors: Alex Boreva and Konstantin Krastev.

Sofia Pride Sports met Sofia Pride Arts on May 25th with a joint voguing workshop.Vogue or voguing is a highly stylized dance created in the 1980s. It originated in the dance scene in Harlem, New York and was developed by the African American LGBTI+ community in the city.Miryana Tashkova, Viktor Stranski and the dancers from Femmination introduced to the participants some of the basic voguing styles and got them involved in the choreography they had prepared for the Sofia Pride Parade 2018! The workshop took place in Fabrika Avtonomia at 7pm and after that everyone got the chance to experience their new voguing skills at the Queer Party right after the workshop.

Sofia Pride Sports also included one of the most beloved sports in Bulgaria. On May 27th between 4 pm and 7 pm at the Sports Complex “Mir i Druzhba” took place a Football Tournament against Homophobia. Football is the most common sport in the world, which unfortunately is often surrounded by a number of gender stereotypes and creates a homophobic and transphobic environment.

The purpose of the tournament was to overcome the discrimination and stereotypes for LGBTI+ people through sportsmanship and a fighting spirit and to call for more inclusion of more minority groups in sports.The tournament was supported by FARE Network – organization, which brings together all those who fight inequality and discrimination in football and use sport as a tool for social inclusion.

At the last event of Sofia Pride Sports program we talked about the basic principles of maintaining a healthy lifestyle, what is the role of food, rest, water and sleep in our daily lives and how to build a balanced diet in order to be healthier and more active. It was held on June 1st from 6:30 pm at A Hub. After the seminar, the participants stayed and played “Lady” and Folk Ball and supported a charity cause by purchasing the book “The Adventures of Andy and Aya” – we supported the cause for full-bodied education of deaf children in Bulgaria.